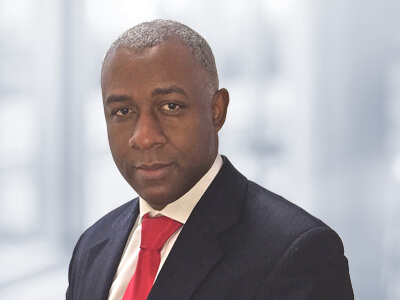 Marvin has been involved exclusively with criminal law since 1983.

He joined this firm in 2006 after having been part of the criminal department at Hallmark Atkinson Winter solicitors. Marvin is the firms Senior Case Manager

Marvin has great experience of police station work having represented clients at the police station since the inception of the Police and Criminal Evidence Act in 1984. He also maintains an active role in the criminal department where he conducts cases of all levels of seriousness, ranging from murder, fraud and kidnap to offences involving sexual abuse and drug related offences.

Marvin is well known for his work in youth crime in the locality and with cases that involve mental health issues.

Mr Wynter i found very professional also a very experienced solicitor with a lot of knowledge in his field. I got this impression from just speaking to him on the phone alone. When i finally meet with Mr Wynter he made me feel quite relaxed and reassured that I had the right solicitor acting for me.... Mr Wynter meet the deadline and the entire process went well, which was stress free for me. Thanks for the wonderful job you did for me. L.R

Some criminal barristers are thinking about taking strike action.  After claiming the...

In the unfortunate incident that the police has arrested you Get a solicitor as soon as possible....

For more information please get in touch