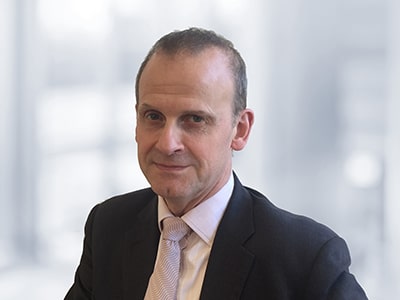 Rod is a partner of Wainwright & Cummins LLP. He was called to the bar in 1983, and joined Wainwright and Cummins as the firm’s in-house barrister in September 2005. He is a member of Liberty and Amnesty.

Rod specialises in defence work. He has defended, as leader and junior counsel, in most forms of serious crime giving him substantial experience in dealing with sensitive and difficult issues and clients alike.

He has acted as leading junior in cases such as serious violence, kidnapping, serious sexual offences, customs & excise fraud and drugs trafficking. He has consequently gained experience in areas such as sensitive disclosure, television-link examination, serious fraud procedure and specialist firearms issues.

"Dear Andrew, Thanks to Marvin and you (as well as the rest of your team) we had the best night's sleep we have had for more than 2 months. We were so relieved when Marvin informed us after the police interview that the matter is now closed and my son can move forward with his chosen career without fear from further sanction. This was more than we could have possibly hoped for and we are indebted to you both in obtaining this wonderful outcome. " A.F

This year you will see changes when it comes to Motoring laws including tougher penalties ...

It is that time of year again when “one more” drink can cost a lot more then your...

For further information please get in touch